I spend a lot of time doing carpentry. Sometimes there is nothing that gives me the contentment that sawing a piece of wood does – Abbas Kiarostami

Contents show
1 What Is Melamine?
2 How Do I Know If Wood Has Been Treated With Melamine?
3 Cutting Melamine With A Handsaw
3.1 Tape First, Mark Next
3.2 Lock It Tight
3.3 Mask Up, Goggles On
3.4 Scoring and Cutting
3.5 Related Posts:

There comes a time when we all need to put our backs to the wall, dig deep, and indulge in a little home-based DIY.

The thought of getting started can seem scary and, especially if you don’t know what you’re doing, trying to figure out how to complete a job successfully without employing tradesmen can be more than a little intimidating.

But it doesn’t have to be daunting and with a little help and guidance, you’ll soon discover that you can do just about anything around your house that you put your mind to. You just need a little advice and a nudge in the right direction.

Next to plumbing, the most alarming and worrying of home improvements always seem to revolve around carpentry and the proper usage of a handsaw.

While it can take a lifetime to master, the handsaw is a relatively easy tool to get to grips with and can be used to cut and size all sorts of different wood, but one of the most difficult types of wood to cut, and the one that most people have a problem cutting, with a handsaw is melamine. 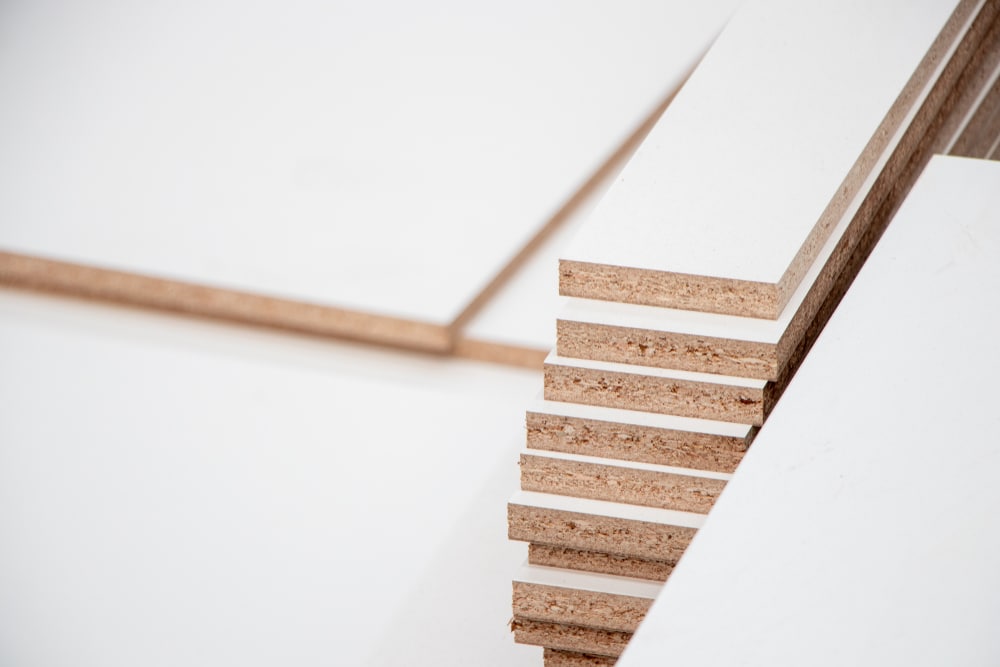 Melamine is a man-made chemical compound that was first produced by a German scientist called Justus Von Leibig in 1834.

Composed of carbon, nitrogen, and hydrogen, it was regarded as little more than a scientific curiosity for the first hundred years of its existence – mainly due to the fact that nobody really knew what to do with it or how to use it in any practical and financially viable sense.

During the nineteen-thirties, some enterprising chemists discovered that melamine, if used properly could be used to coat all sorts of household goods to increase their longevity and protect them from everyday wear and tear.

In its natural (even though it’s actually man-made) state, it appears as a sort of resin that is formed from a combination of plastics and formaldehyde.

This resin is often applied to plastic kitchenware to make it last a little longer, but its most common usage, and the one that we’re concerned with, is when it’s used to strengthen and increase the longevity of wood.

How Do I Know If Wood Has Been Treated With Melamine?

Melamine coated wood or melamine board is readily available from most DIY stores and is a viable alternative to MDF (medium-density fiberboard) and stronger than normal plyboard.

It’s often used in the construction of furniture instead of MDF, as it can be made to look just as attractive and is just as easy to use, but as melamine is mainly used as a laminate, the most likely place you’ll encounter it is in laminated flooring.

Laminate flooring and melamine, are, more often than not, the same thing and if you’re going to cut melamine to shape it or to cut laminate flooring to size, there’s a right way and a wrong way to do it.

And we’re going to guide you through the steps you’ll need to follow to cut it properly. 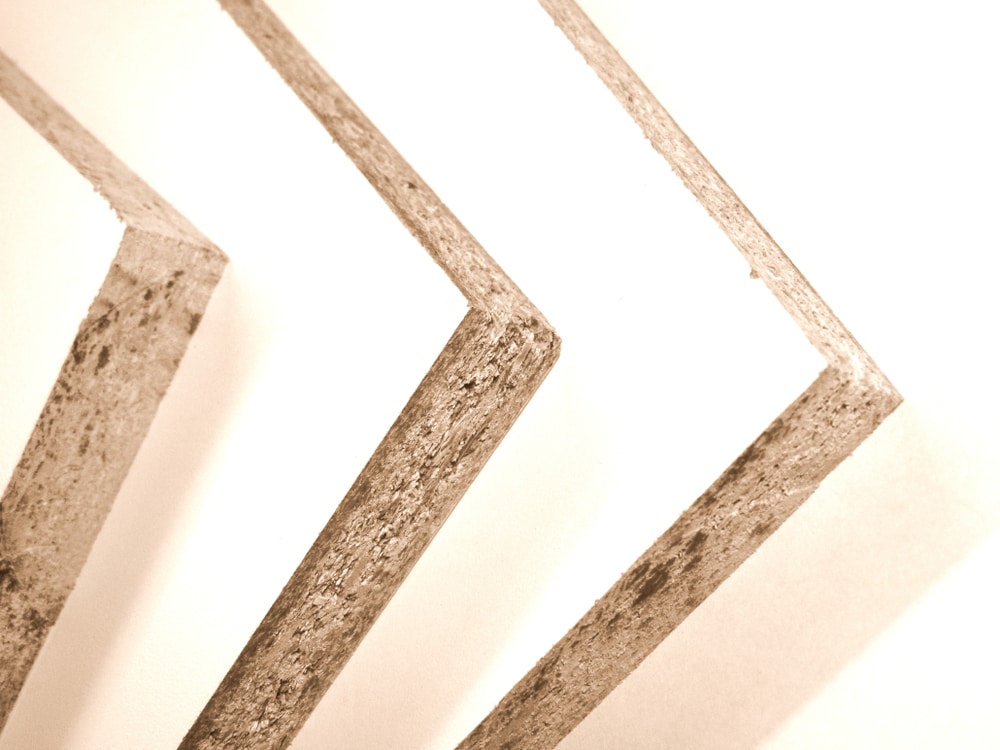 Cutting Melamine With A Handsaw

Most professionals will tell you that while you can cut melamine with a handsaw, they’d usually advise you not to and tell you that if you are going to cut it, the best way of doing it is with an electric or jigsaw.

There’s a very good reason they’ll try to persuade you not to use a handsaw, and that’s because the melamine board is prone to splintering and chipping if it isn’t cut carefully and properly.

The plastic coating, or resin, that toughens it up, is its own worst enemy and if you don’t cut it correctly, will almost certainly chip, splinter, and fragment.

Before you even think about picking up a saw, measure and mark the cut that you want to make on the melamine board and carefully apply masking tape (or decorators tape as it’s sometimes called) to the area of the board that you want to cut.

Then turn the board over and do the same on the other side, measure it and mark it with masking tape.

The tape will ensure that the melamine board’s integrity is maintained while you’re cutting it, and because melamine is a protective layer, you’ll need to make sure that the area you want to cut on both sides is covered with tape in order to prevent it either chipping and splintering.

Once the area that you want to cut has been taped off, mark your cut (using a rule and pencil or pen) clearly on the tape.

If it isn’t, in all likelihood the melamine board will move while you’re sawing it and your cut will be off-center, or the board will split and splinter. If you haven’t got, or can’t use a vice, ask a friend or family member to hold the board firmly in place while you’re cutting it.

Mask Up, Goggles On

While it isn’t poisonous or carcinogenic in the amounts that you’ll be exposed to while cutting it, melamine is an irritant and can cause you to hack and cough if it’s ingested and irritate your skin and eyes if they’re not adequately protected.

So mask up and put your safety goggles on before you start cutting.

The last thing you’ll need to do before you start cutting your melamine board is to lightly score the area that you want to cut with a sharp knife. This will provide a guiding cut line for your saw and vastly reduce the chances of your melamine splintering when you start sawing.

Now it’s time to start sawing. Gently begin to saw at the start of your guiding cut line while the melamine is either held in a vice or being braced by your colleague.

Remember, the most important part of the sawing process is to go slowly and carefully, don’t be tempted, or try to rush. Patience is key. The slower and more carefully you cut, the less likely you are to damage your melamine board.

Once you’ve finished, remove the masking tape, stand back and admire your handwork. If you have more melamine boards to cut, go back to the start and begin the process all over again.

And that, in a nutshell, is how you can successfully cut melamine (or laminated) boards with a handsaw.

Why not check out our awesome Best Hand Saw For Laminate Flooring guide?